Most tourists who come to the Dominican Republic to enjoy its beaches and mountains do so on the recommendation of friends and relatives who have previously visited this side of the island.

This is highlighted in a report released Tuesday by the Ministry of Tourism, which takes stock of the tourism dynamics of last September.

The institution surveyed 29,996 visitors, where 52% indicated that they found out about this Caribbean destination through a suggestion made by some of their relatives.

Likewise, 18% said they found out about the Dominican Republic through the Internet, and 15% said they were born in or have family in the country. 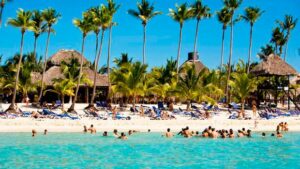 On the other hand, the remaining 15% did so via travel agencies.

But where do these tourists come from?

According to the document, the main visitors to the country come from the United States, Canada, Spain, Colombia, United Kingdom, Argentina, Peru, Puerto Rico, Chile, Cuba and Poland.

Likewise, they come mostly from places such as Bogota, New York, Miami, Lima and the Bronx, to stay in a hotel or to make internal excursions in the country.

The Ministry of Tourism reported Tuesday that 430,129 tourists visited the Dominican Republic during the past month of September of this year 2022.

So far in 2022, 5 million 334,291 tourists have arrived in the country, specifically from January to September.