At the end of September, the president of the Civil Aviation Board (JAC), José Ernesto Marte Piantini, informed domestic and foreign air operators that operate to and from the Dominican Republic, that he will eliminate the charge of USD 10.00 for the Tourist Card on air tickets for Dominican national passengers, as well as resident foreigners.

Through Resolution 217-2022, airline operators are instructed to make the necessary adjustments in their computer systems so that the referred charge is eliminated, granting a term of 45 days for its implementation.

The elimination of the Tourist Card

Law 199 of May 9, 1966 authorizes the use of a tourist card to enter the national territory, without the need for a consular visa. While Decree 430-17 of December 4, 2017, provided that this ten-dollar payment be incorporated into the price of air and sea tickets for those tourists arriving in the Dominican Republic.

Following the creation of this generalized charging mechanism, the Directorate General of Internal Taxes (DGII), through General Regulation 08-2018 dated April 3, 2018, established the procedure through which the reimbursement of the value paid for the tourist card would be made in the following cases: Dominican citizens; residents in the Dominican Republic; foreign diplomatic and consular officials accredited in the country, for the duration of their functions and who enter on official mission.

However, in practice, this mechanism has been inefficient and bureaucratic, with unfriendly procedures before the General Directorate of Internal Taxes (DGII), which do not facilitate or guarantee the recovery of the amount.

The new resolution will manage an effective and efficient solution to the situation of Dominicans residing outside the national territory who have been affected by the illegal collection of the Tourist Card. 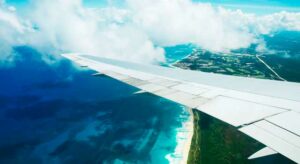 The elimination of the tourist card charge on airline tickets is an important step in the right direction considering that in the Caribbean, states charge an average of USD 70 in taxes and fees, which always arouses criticism from airlines and organizations such as IATA.

The country’s growing market and the new resolution

The Dominican Republic is largely dominated by foreign airlines, with the main markets being the United States, Canada and Europe. According to the Civil Aviation Board, between January and September of this year, 11,708,851 passengers were mobilized, representing an increase of 3.56% compared to the same period in 2019, when 11,306,070 travelers did so.

The new resolution will largely benefit local carriers such as Air Century and Sky High Aviation that are looking to expand in the region and, also, the three newer carriers Sky Cana, RED Air and ultra low cost Arajet.

Sky High, with 40,645 passengers transported to date, holds 32% of the market among Dominican companies. In recent months it inaugurated flights to Cuba, Venezuela and soon to the United States and Jamaica. It will also add six 97-seat Embraer 190s before the end of the year, giving it a leap in operating capacity compared to its 50-seat Embraer ERJ 145s.

Air Century has been more conservative, recently inaugurating flights to Cartagena and Barranquilla, although with no plans to add new aircraft.

Sky Cana has focused on charter flights, and through an agreement with Air Century has flown 41,602 passengers to higher demand destinations, making it the main operator.

Arajet, the Dominican Republic’s first low cost carrier, will be a key player in the country, as it operates Boeing 737-800 aircraft with capacity for 185 passengers, flying to more than a dozen destinations. According to the Cirium platform, it will offer 175,100 seats between September and December 2022.

Finally, RED Air has not been a relevant company in the market with only 5,808 passengers transported because it only has one route: Miami – Santo Domingo on MD 80 Series. However, it maintains its plans to expand to new destinations.