The president of the Dominican Republic’s Civil Aviation Board (JAC), José Marte Piantini, has assured that during the first week of February an Open Skies Agreement will be signed with Canada, the second largest tourist market for the Caribbean country’s destinations.

After 14 years of negotiations between the two countries, the agreement will now be finalized. For this reason, the president of the CAB did not want to advance the details of the agreement. “Everything is ready. We don’t want to rush everything concerning this agreement”, assured Marte Piantini in declarations to Diario Libre. 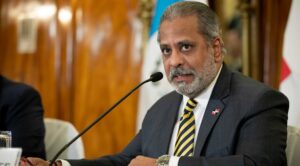 As the official reminded, “the open skies agreements imply more frequencies, greater connectivity. To the extent that there are more frequencies, more connectivity, at the same time our national airline industry is being strengthened. That is the best way, the best method to lower [the price] of tickets,” Marte Piantini said.

“This bilateral agreement will be very useful for the Dominican Republic (…) It puts us in a very advantageous position and ahead of many countries,” said the president of the JAC during FITUR.