The Civil Aviation Board (JAC) reiterated today to the airlines that serve the Dominican market that they must make the modifications in their computer systems in order not to charge nationals and foreign residents the 10 dollars for the Tourist Card, as ordered by resolution 217-2022 of this organism.

The information was offered by the president of the JAC, Dr. José Ernesto Marte Piantini, stating that the Government is seeking to free the Dominican Diaspora from a tax that does not correspond to them, and hopes that the airlines will respond to Dominican travelers with the same support they give them every time they buy a tikect, and favor their companies.

Faced with the airlines’ refusal to make the modifications to their systems, the JAC indicated that they have until March 1, 2023 to implement the application of Resolution 217-2022. After this deadline, the airlines will be subject to the corresponding sanctions for non-compliance with the aforementioned provision.

Marte said that the airlines operating in the Dominican Republic and serving this important market have received all the support they have required, “however, we are surprised and disappointed by the media campaign and reckless legal actions used by their representatives against CAB Resolution 217-20222,” he said.

He added that the CAB has been totally consistent and cooperative with the airlines that serve the market and for more than 40 years has applied an open skies policy and granted prerogatives so that they can grow in our country.

The president of the JAC explains that the Dominican Republic is one of the markets with the highest traffic growth and having granted facilities and flexibility for the growth in routes and frequencies of the airlines, “we find totally unfair the uncooperative attitude that we received from the International Air Transport Association (IATA) for the collection of such an important income as the tourist card, without affecting the Dominican passenger, who is exempt from the payment of the same, and even more so when IATA has among its attributions, to act as an intermediary between the passenger, the cargo agents and the airlines”, he explains.

For the JAC this attitude reflects a totally inflexible, irreverent and uncooperative position to implement this measure in their systems, of a country that has done everything to attract them, encourage them and make available its most important industry, Tourism.

Is it easier to put a rocket to the moon than to make changes in a computer system to establish the non-payment of ten dollars in the tourist card to our brothers of the Diaspora, asks Marte Piantini.

The public servant explained that during this period, the existing refund mechanism will be maintained, and furthermore, that the Dominican government has arranged for the installation of Banco de Reservas’ ticket booths in the country’s airports, so that the exempt Dominican passenger can withdraw his refund in cash upon his arrival or departure from our airports. 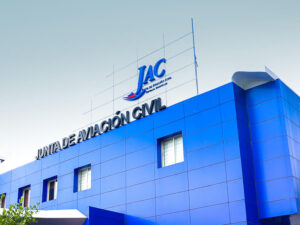 The JAC reiterates to the airlines the position of the Dominican Government to enforce the resolution issued by the Civil Aviation Board and that they must present a solution on their part to be able to make the collection only to foreigners, excluding Dominicans, for which they will be given an extension of the aforementioned term.

The Civil Aviation Board, in accordance with the provisions set forth in its Resolution 217-2022 of September of this year, held a meeting today headed by its President Marte Piantini; Paola Plá, Secretary, Nasim Antonio Yapor Alba, Member of the CAB, with the participation of the International Air Transport Association (IATA), the Association of Airlines of the Dominican Republic (ALA), the Dominican Airlines Association (ADLA), as well as, with the representatives of the national and foreign airline operators that carry out commercial air operations in the country, in order to reiterate to them the implementation of the government’s disposition to eliminate the ten dollar charge on the airline tickets of the tourism card for Dominicans.

All the above, in compliance with the presidential mandate of the Dominican Government, with the purpose of avoiding the charge of ten dollars of the United States of America (US$10.00) for the concept of Tourist Card in the air tickets to Dominican national passengers, as well as, to foreigners residing in the Dominican Republic.

The Dominican State, as a member of the International Civil Aviation Organization (ICAO), follows the recommendation to ensure that the establishment of taxes for passenger services does not cause queues and delays at airports, avoiding the collection of these taxes directly at airport terminals, thus guaranteeing the correct development of air transport facilitation in terms of passenger transportation.