Open Skies Agreement between the U.S. and the Dominican Republic; better fares and more tourism

This agreement aims to provide flight options to more cities, at more affordable prices. More affordable visits to friends and family, and long-term growth in tourism options for visitors to this country: “a win-win for travelers,” said Robert W. Thomas, Chargé d’Affaires at the U.S. Embassy.

On the 30th anniversary of the U.S. Open Skies policy, the United States seeks to collaborate with President Abinader’s administration to enter into a modern agreement with the Dominican Republic.

This agreement aims for flight options to more cities, at more affordable prices. More affordable visits to friends and family, and long-term growth of tourism options for those visiting this country: “a win-win for all travelers” said Robert W. Thomas, Chargé d’Affaires of the U.S. Embassy.

President Abinader has publicly announced his commitment to finalize the negotiations and has demonstrated his willingness to open the aviation sector to competition, even though there are certain interests. A new and innovative national airline has announced plans to launch new low-cost services to a number of destinations in the United States, conditioned, they claim, on the signing of an Open Skies agreement between the two countries, a service that the United States would view as a positive outcome of Open Skies.

Since 1992, the United States has established Open Skies agreements with more than 130 allies, including small and large countries such as the Bahamas, Curacao, India, Japan and Spain, to name a few. 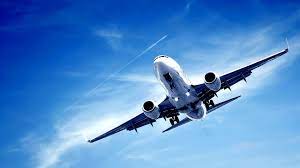 The Dominican Republic has also signed similar aviation agreements with Panama, Brazil and the Netherlands. These agreements bring innumerable benefits: they stimulate the creation of high-quality jobs and economic growth, in addition to promoting increased travel and trade.

According to a 2016 study by the Brookings Institution, Open Skies agreements have generated $4 billion in annual gains for travelers and an average 15% decrease in fares. “It is time for the Dominican people to enjoy the same benefits, which can be granted through a modern aviation agreement with the United States. The time has come for our countries to formalize such an agreement,” said Thomas.

With the Open Skies agreement with the United States, Dominican airlines would no longer have restrictions on where they can fly in the United States and Dominican travelers could enjoy new flight options, lower fares and better service among more airlines in the market.

Dominican travelers could fly nonstop to more U.S. destinations beyond the typical New York and Florida routes, including less frequented U.S. cities that are also home to large Dominican communities. Likewise, U.S. travelers could benefit from more nonstop options to the Dominican Republic.