The U.S. Embassy in the Dominican Republic informed this Monday that, starting next October 19, they will be opening new appointments for B1/B2 type visas, commonly known as walk-in visas.

“Also on the same days, we will open additional appointments for B1/B2 interviews beyond the two-week timeframe, as our resources allow. We will proceed according to this schedule until further notice,” they wrote. 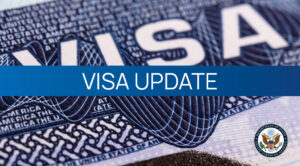 Likewise, they announced that those who already have an appointment scheduled can reschedule for a new date if desired, although that it stressed that not everyone seeking to reschedule their appointments will find available dates. “Every two weeks you will have the opportunity to try again,” they added.

In addition to reopening new walk-in appointments, the embassy has repeatedly warned of the dangers of engaging the services of visa consultants to fill out DS-160 forms, or to complete the application process.

As early as last week, they again reiterated that no “consular advisor,” has direct contact with the embassy, nor inside knowledge.

“Applying for a U.S. visa may seem complicated and we understand that many people seek the services of immigration consultants; however, to avoid becoming a victim of irregularities, we recommend that you always fill out your forms yourself.