The 2022 Hurricane Season in the Atlantic Ocean, the Caribbean and in the Dominican Republic

The 2022 hurricane season (tropical cyclones in the Atlantic Ocean) begins on June, 1st 2022 and ends on November 30, 2022, as defined by the World Meteorological Organization.

Storm or Hurricane Names for 2022

What to do during a hurricane ?

CHANGES WITH THIS ADVISORY:

SUMMARY OF WATCHES AND WARNINGS IN EFFECT:

A Hurricane Watch is in effect for:

A Tropical Storm Warning is in effect for:

A Tropical Storm Watch is in effect for:

At 8:00 AM EDT (12h00 UTC), the center of Tropical Storm Lisa was located near latitude 16.1 North, longitude 81.1 West. Lisa is moving toward the west near 14 mph (22 km/h). This general motion with some decrease in forward speed is forecast during the next couple of days. On the forecast track, the center of Lisa will pass south of the Cayman Islands today, move near or over the Bay Islands of Honduras early Wednesday, and approach Belize later on Wednesday.

Maximum sustained winds remain near 45 mph (75 km/h) with higher gusts. Strengthening is expected, and Lisa is forecast to become a hurricane by early Wednesday over the northwestern Caribbean Sea.

Tropical-storm-force winds extend outward up to 105 miles (165 km) from the center.

RAINFALL: Through Thursday evening, Lisa is expected to produce rainfall amounts of:

This rainfall could produce flash floods from northern Honduras northward to the eastern Yucatan peninsula.

STORM SURGE: A storm surge could raise water levels by as much as 3 to 5 feet above normal tide levels along the immediate coast of Belize in areas of onshore winds and 1 to 3 feet for the Bay Islands of Honduras. Near the coast, the surge will be accompanied by large and damaging waves.

SURF: Swells generated by Lisa are expected to affect Jamaica and the Cayman Islands during the next day or so, and will begin to affect Central America later today. These swells could cause life-threatening surf and rip current conditions. Please consult products from your local weather office. Shower and thunderstorm activity continues to show signs of organization in association with an area of low pressure located several hundred miles east-northeast of Bermuda. This low has been acquiring tropical characteristics during the last 24 hours, and environmental conditions appear conducive for additional development. The system is likely to become a tropical or subtropical storm later today while it moves generally east-northeastward.

By late Wednesday night or early Thursday, the system is expected to become fully extratropical and merge with a larger non-tropical low over the north-central Atlantic. For more information on this system, including Storm Warnings, see High Seas Forecasts issued by the National Weather Service. 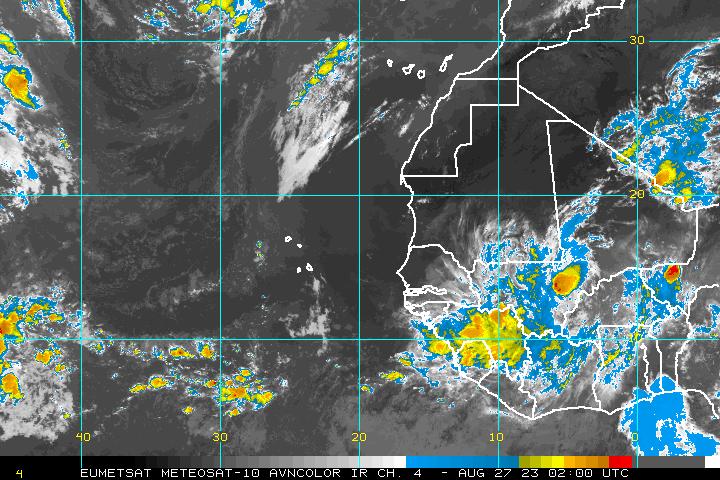 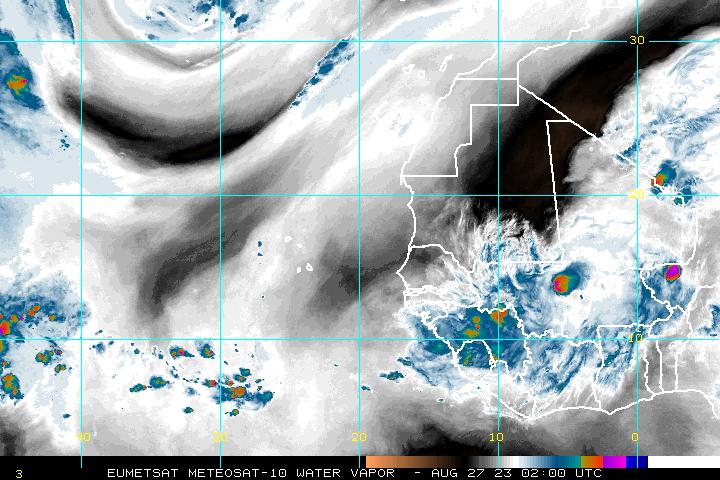 Surface temperature of the seas and oceans