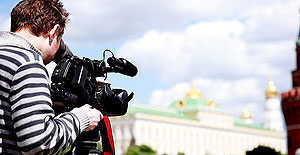 As part of the recently passed General Cinema Law.

The head of the newly created General Cinemas Department (DGCINE), Ellis Perez, is predicting that 2012 will be a record year for filming movies in the Dominican Republic. He said that 12 to 15 films could be filmed here, as producers seek to make the most of the newly passed General Cinema Law.

He did not name the productions, but informed that a combination of national and international films would be filmed here. He said this would be a leap from the present two to three films a year.

I hope this doesn’t sound like an exaggeration, especially because there’ve been only two or three films shot here per year and this will be a jump. For that same reason we feel this is a great challenge for us, because it’s an added demand for personnel specialized in cinematography, he said.
Ellis Perez added that the main obstacle was the country’s lack of skilled labor for working in the industry. He said his department is working to step up training in order to meet the demand. DGCINE has a budget of RD $125 million for 2012.

He also said that at the end of 2011, movie actor/producer Andy Garcia filmed scenes for his new movie The Truth, directed by Damian Lee and with performances by Eva Longoria, Kim Coates and Forest Whitaker, the first international film made here under the new legislation. He said that the first domestic production would be El Rey de Najayo (The King of Najayo) by Fernando Baez.