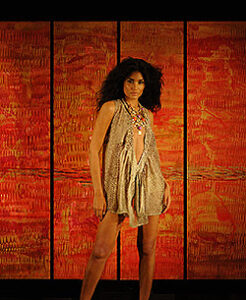 The First International Triennial of the Caribbean, Santo Domingo 2010 is a cultural event being held at the Museum of Modern Art from September 1st through October 24th in the city of Santo Domingo. The event is scheduled to be held every three years.

Organized by the Ministry of Culture of the Dominican Republic and the Museum of Modern Art, Santo Domingo, it is part of the celebration of Santo Domingo the American Capital of Culture 2010.

Curator of the Museum of Modern Art, Amable Lopez Melendez, explained that the event is dedicated to the relationship between art and the environment and aims to be a multicultural, open, and reflective dialogue for Caribbean artists and their art.

The event will have its focus on new horizons and showing content with a single central theme: the relationship between art and the environment, and more specifically the appropriation of art towards the environment. 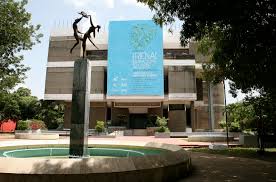 In the context of the Declaration of the city of Santo Domingo  as American Capital of Culture 2010 , the Ministry of Culture, through the Modern Art Museum, are committed to the task of radically redefining the bases of the original organization, objectives and name of the Biennial which, as from this invitation, will move towards new concrete horizons such as the International Triennial of the Caribbean (TRIC 2010) as well as other open and alternative spaces of the Dominican capital from the 1st September to the 24th October 2010.

The fourth edition of the Photoimage festival 2010 will take place in Santo Domingo between September 1st and 30th, and Spain will be the host country.

The central exposition is called Diversity: the difference as a definition, organized by the cultural center of Spain and AECID, with the works of Germán Gómez, Rosa Olivares, Alí Hanoon or Miguel Trillo, between others. 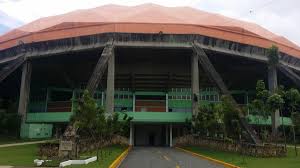 This event where they will bring together four of the most popular artists in Christian music: Ricardo Rodriguez (FL), Ingrid Rosario (FL), Egleyda Belliard (PR), Isabelle Valdez (DR) all in one night, Saturday September 4 at the Palacio de los Deportes Virgilio Travieso Soto, at 7:00 pm.

The show is being produced by Radio Vision Cristiana International and will feature a live band. 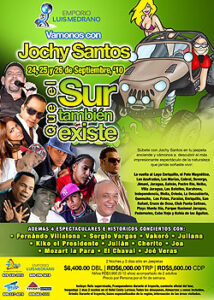 A tour in south-west region of the country, a splendid coast, beautiful beaches, rivers and mountains… Two nights and three days during the long week-end of September 24th, 25 th, 26th, 2010.

An unforgettable and spectacular tour to discover this part of the country, specially organized for adventures. 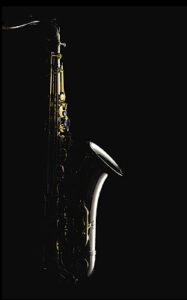 Jazz en Dominicana at Casa de Teatro will repeat some of the best programs and concerts through the month of September 2010.

The audience will be able to see again the groups OM Trío and Aloe Jazz and the events Encuentro de Bajistas 2010 as well as the return from New York of Alex Díaz.

Every Wednesday at 9 p.m., live concerts with Dominican bands.