Michel Bizet cooperates with the CEDAF

The Scientific Reserve Las Neblinas (RCLN) was created in 1996 through the presidential decree No. 233-96, and is part of the National System of Protected Areas, which goal is to preserve the most representative flora of tropical mountain forest.

It possesses a high level of diversity of habitat and flora and fauna endemic species, as well as many hydraulic resources.

The plant cover present in the area is composed by seven vegetable associations, tropical mountain forests, thickets, side forests, coffee plantations and grazing; it presents 482 species of vascular plants (346 natives and 78 endemic), some of which are very rare and are in extinction danger, as: the green ebony, the Magnolia pallescens, Pinguicula casabitoana, Gonocalyx tetrapterus, Omphalea ekimanii; Illicium ekimanii, Picramnia dictyoneura and Rondeletia perfae, among others.

The RCLN is located in the North East of the Cordillera Central and includes the provinces of La Vega and Monseñor Noel, at the same it fills a part of the oriental side of the Jíma Blanco and Jatubey rivers.

The RCLN is bordered by the Scientific reserve Ebano Verde in the part that corresponds to the Firme de Casabito, and is near ro the Juan B- Pérez Rancier Park.
The nearest city of its borders is Bonao, at more or less 7km at the southeast of the reserve. Its geografic coordinates are 70º 27’ to 70º 34 long .W. 18º 58’ to 19º03’ lat. N.

All the zone is mountainous, and variates between 300 m over the sea level and 1464 m. in the Jimita mountain. However, the majority of the areas fluctuate between 1000 and 2000 meters. 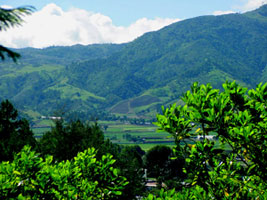 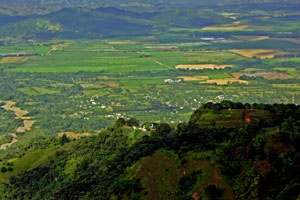 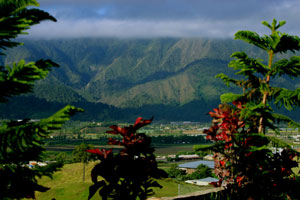 In the scientific reserve Las Neblinas, many natural values which importance is inestimable for the Dominican Republic are combined. Its mountainous system shelter many sources or rivers origins of the highest importance for the energy generation of the nation and the water supply for watering and human consumption.

Besides, it brings the water to the rivers basins of Yuna and Yaque del Norte.

The importance of the conservation of this tropical mountain forest ecosystem is reaffirmed by the studies on basic line, that show a rich bio diversity and endemism, as well as an elevated water production 7m3/sec. only on 36km2 which is equivalent to 220,750,900m3 per year.

This transforms the preservation of this zone in a strategical priority for the country, as we know that half of this flow is used for the Rincón Dam, and the irrigation systems of Bonao and Constanza, and for the drinking and watering water used by more than 7 communities of the surrounding areas too.

Michel Bizet, French painter, famous for his talented works, cooperates for the preservation of the Scientific Reserve Las Neblinas, by donating to the CEDAF  (Center for the Agricultural and Forest Development) half of the profits collected during the selling of his paintings.