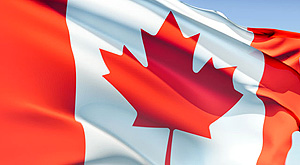 Diane Ablonczy was in the country

Carlos Morales, the dominican Foreign Relations minister affirmed Thursday that Canadian investment in the country exceeds US $ 5 billion and that bilateral relations with that nation continue to strengthen.

Mr. Morales spoke in the National Palace after a meeting between president Leonel Fernandez and Diane Ablonczy, Canada Foreign Relations minister for the Americas and Consular Affairs, accompanied by several officials of her country, Canada ambassador Todd Kuiack among them.

In the meeting, which forms part of Ablonczy’s four day visit the Canadian official and Fernandez dealt with several topics such as trade, investment and Haiti, Morales said.

He added that both governments agreed to attend a breakfast during the UN General Assembly on Monday, hosted Haitian president Michel Martelly.

Ablonczy, affirmed that for them the Dominican Republic is very important For Canada because the region has had a strong economic growth, and noted that more than 800,000 tourists from that nation visit the country every year.