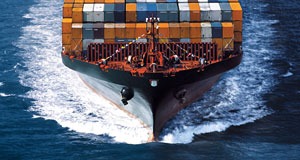 In the last six years 8,455 permits were issued.

In the last six years the Agro Imports Commission has issued permits to 8,455 individuals and companies, who benefit from the Dominican Republic-U.S.-Central America Free Trade Agreement’s (DR-CAFTA) lower tariffs.

Just in 2012 the Government commission formed by the ministries of Agriculture, Presidency, Industry and Commerce and Customs disclosed the names of 2,344 importers with rights to receive permits to bring merchandise from the United States and Central America, after meeting the pact’s requirements.

In a statement, the Commission said the beneficiaries who figure in the list have the right to decide on this year’s import quota, including milled rice, semi-white rice, beans and beef.
The Commission also included beef trimmings, turkey, pork portions, pig fat and bacon, and chicken trimmings, pieces and boned chicken, powdered milk, liquid milk, butter and cheeses, among others in the list.