The president of the Dominican Society of Pneumology and Thoracic Surgery (SDNCT), Dr. Plutarco Arias, announced that the Dominican Republic will host the XVI Congress of the Latin American Association of Thorax (ALAT).

Arias indicated that the hosting of the scientific activity is a recognition by ALAT of the work and development of respiratory medicine in the country, an event to be held on August 16, 17, 18 and 19, 2023 in the Eastern region.

He said that the organizing committee of the event will be integrated by doctors Natalia García and Vanesa Alfonso, from the scientific area, as well as by Alfredo Matos and Rosanna Pérez. The scientific committee is headed by ALAT vice-president, Luis Adrián Rendón, from Mexico. 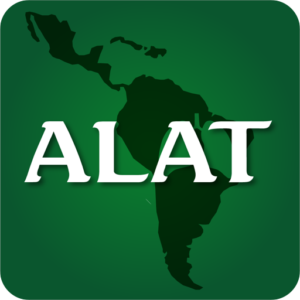 He recalled that the event was announced at the XV ALAT 2022 Congress in Lima, Peru, where the participation of doctors from different parts of the world was taken advantage of to talk to them about the benefits of the Dominican Republic, both in the area of health and tourism.
audiovisual of the Ministry of Tourism, “Rep. Dom. has it all”.

The president of the Dominican Society of Pneumology and Thoracic Surgery said that the scientific meeting will have national and international exhibitors, and a massive participation of doctors from different branches and different parts of the world is expected.

The specialist in respiratory diseases also pointed out that the conclave is planning a tour so that the participants, mainly foreigners, can get to know the eastern part of the country and the city of Santo Domingo.