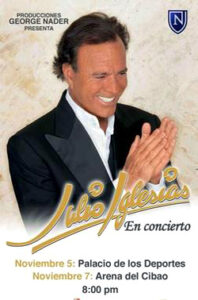 The Spanish singer Julio Iglesias will offer two concerts in November in Dominican Republic, for the occasion of the 4th decade of its musical career.

The artist will be at the Palacio de los Deportes in Santo Domingo on November 5th, and at the Gran Arena del Cibao of Santiago, on November 7th. 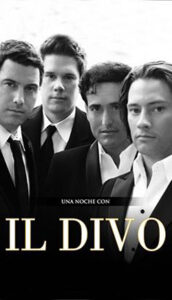 IL Divo, the pop-opera most important band will visit Dominican Republic at the occasion of its world tour called Una noche con Il Divo Tour 2009 that will take place on November 07th in the Altos de Chavón Amphitheatre, La Romana.

This will be the first time David Miller, Carlos Marín, Sebastien Izambard and Urs Buhler come to the country.

Between the songs you will be able to hear Live during this unforgettable night, there are Regresa a mí, A mi manera, Passera, Over the Rainbow, and much more. 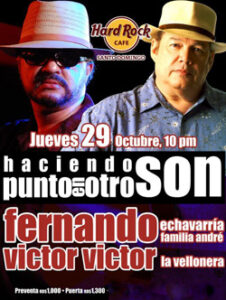 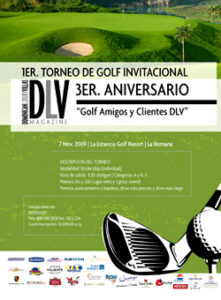 Shotgun at 8.30am, in the stroke play modality (individual), categories A, B and C mixt with prizes for the 1rst and 2cd places and a gross overall prizes for approaching the flag, most precise drive and longest drive.

Breakfast, lunch and drinks are included, as well as surprises from our sponsors. 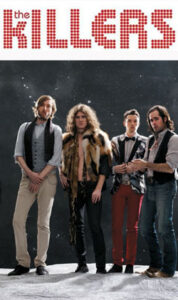 The Killers will appear the 13 of next November, in the Olympic Stadium, under local production of SD Concerts.

The attractive of this concert, and not in himself of the concert, but of The Killers, is that it enters all the great concerts of anglian groups realised in the country, this it excels by the simple fact that it is the first great band that arrives in the height of its popularity and not like an old glory, which has created a euphoria between the legion of fans, which they have overturned his joy through the social networks, like Facebook.

The Killers, integrated by the singer and keyboard Brandon Flowers; the guitarist Dave Keuning; the bear Mark Stoermer and the drummer Ronnie Vannucci Jr, not only are one of the best bands of the moment, is also one of which better groupings live.

One night to listen live for the first time in the mother country of Duarte a: Human, Somebody Told Me, When You Where Young, Smile Like You Mean It, Reasons, The World We Live In, Mr. Brightside, Everything Will Be Alright, Read My Mind… 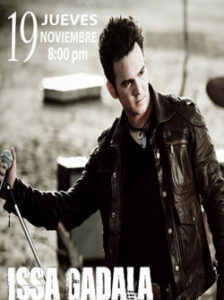 Regarded as the most important young artist now, the new idol of youth in the Dominican Republic, Issa Gadala will soon present his show 10 Segundos, Thursday, November 19 at the Teatro La Fiesta of the Hotel Jaragua, at 08.00pm, in Santo Domingo.

The winner of Casandra as a revelation artist, will offer a wonderful show you can’t miss. 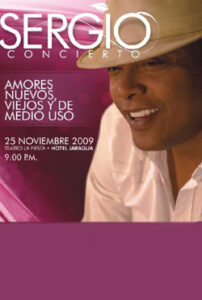 After launching his new CD Amores nuevos, viejos y de medio uso, Sergio Vargas will meet his fans during a concert that will take place in the theatre La Fiesta of the Jaragua Hotel, on next November 25th.

Besides presenting his new CD in live, Sergio Vargas will celebrate his 25th anniversary of artistic life. 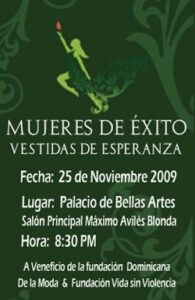 With the support of professionals in different knowledges areas, the Dominican Fashion Foundation will celebrate the 5th edition of the Great Gala Mujeres de Éxitos Vestidas de Esperanza (Successful women wearing hope), which will take place on November 25th (Day of Non violence against women), at 08.30 pm, in the Máximo Avilés Blonda hall of the Fine Art Palace. 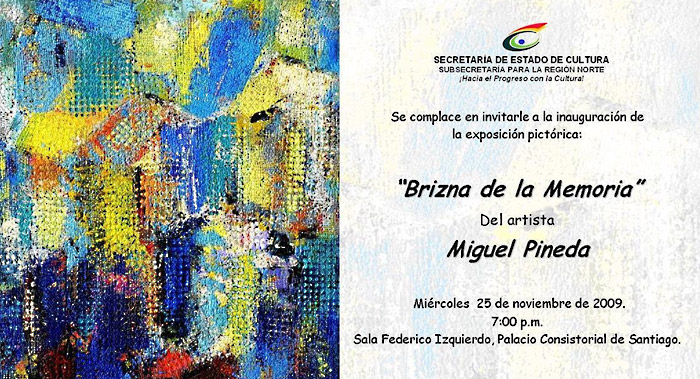 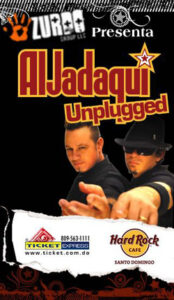 After its successful come-back during the unplugged concert El Retorno, presented at beginnings of July at Santo Domingo Hard Rock Café, the famous Dominican pop rock band will present a concert at the Sebelen Bowling Center, on Saturday November 28th.