The alliance between countries to finance films for the big screen is known as co-production, a practice that the 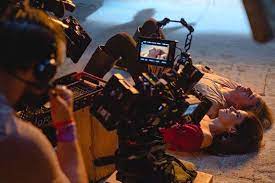 Dominican Republic has been embracing in recent months. This process creates a cultural identity that penetrates international festivals and provides the opportunity for the interested country to export local content at low cost.

“Co-production for our country is one of the surest ways for internationalization,” says the director general of the Directorate General of Cinema (DGCine), Marianna Vargas. This action allows to reduce the budgetary burden of the local director who is protected under Article 34 of the General Film Law 108-10, facilitates the exchange of knowledge between actors and access to other markets under the screening in theaters during its release in both nations.

“The co-productions have assured two markets to exhibit the local cinema and this means that the audiovisual can be screened in two different countries, attracting a larger audience during its stay in theaters,” said Vargas. Meanwhile, marketing expert Julissa Rumaldo indicates that this collaboration is synonymous with projecting the team, who are “the true ambassadors of Dominican cinema in any nation”.

The big players in the Latin American market are Brazil, Argentina, Mexico and Colombia, who lead the screens with the creation of content. “Instead of Dominicans going to the United States, let’s bet on Colombia or Mexico and through co-productions raise a level of commercial counterpoint between the two nations,” said Rumaldo.

However, he considers that the country needs to increase its investment in advertising. “As soon as people see internationally that the Dominican Republic is a bridge in the Caribbean, we will have to invite Puerto Rico, St. Martin or Cuba, because we have exportable content, but it needs specialized agencies that can boost our content in other markets, whether regional, European or Asian,” says the specialist.

She recommends independent directors to sell the right to distribute and exploit their content. With the pandemic, subscription video platforms such as Netflix allocated US$12,702 million to content creation. Of this amount, 64.1% belongs to audiovisuals purchased for US$8,141.6 million. The remaining 35.9% is accounted for by exclusive content, i.e. US$4,561.1 million.

This is a business that moves billions of dollars globally. Investments in content production increased by 28.5%, rising from US$175 billion in 2017 to US$225 billion in 2021. The data analysis company, Ampere Analysis estimates that these investments will exceed US$240 billion by the end of 2022, that is, US$15 billion more than the previous period.

The specialists tell elDinero that “we are increasingly noticing greater interest from other countries in the Latin American region in co-productions and from digital platforms in acquiring distribution rights for local films”.

Vargas points out that one of the attractions of the Dominican industry is “that we can play any former colony, recreate the Colonial Zone, imitate South Africa, film in deserts, beaches or jungles, which allows foreign directors to find a number of spaces in a central geographical location in the Caribbean”.

“Lost City,” released in 2022, registered a budget of US$74 million and grossed US$190.8 million, according to IMDb. Likewise, director Joel Silver’s “Road House” will wait until 2023 for its release on the big screen. For Vargas, hosting these films means that the local industry supports foreign productions.

Although the Korean film “Suriname K or Narcosantos” (2021) was shot in the Dominican Republic, director Myung Chan Kang recreates Suriname during its period as a French colony. The TV series had a budget of RD$263 million.

In addition, one of the locations shown in the Asian film is the National Palace, located in the Dominican capital. According to the official, in order to film in public spaces, protected areas or tourist zones, the director submits to the DGCine a request for a single filming permit (PUR).

“We have an excellent incentive, but it has to be supported by the institutional framework and that includes the reduction of deadlines with the authorities involved in a production, such as the Ministries of Tourism, Environment and Finance, as well as the General Directorate of Internal Taxes,” he said.

According to DGCine data, the budget for foreign projects shot in the Dominican Republic had its highest investment in 2021, when it registered an approved budget of US$232.6 million.

Dominican film production grows gradually
The enactment of the Film Law 108-10 Dominican directors and producers see in Article 34 an opportunity to undertake in the so-called Seventh Art. In addition, companies, the Dominican State and foreign investors are betting on investing in this young sector.

The general director of Cinema, Marianna Vargas, affirms that surpassing the budgets approved for the filming of local content is “significant” and represents that “it is at this moment that so many national productions are being filmed in our country, but we also have a high presence of foreign films”. The approved budget in local productions totaled RD$2.7 billion in 2021, by the end of December 2022 it amounts to RD$4.7 billion, an increase of 74% between both periods.

As of December last year, the state agency validated nine film projects with a budget of RD$4,787.4 million, which generated 45 jobs directly.

The DGCine indicates a payment of RD$148.3 million for the Goods and Services Transfer Tax (ITBIS) and RD$74.8 million for income tax (ISR). Meanwhile, spending on food and beverages (RD$83.4 million) and the transportation sector (RD$192.7 million), are also drivers of the local economy.

For the executive, the achievements of 2022 are based on employment and internationalization of the local product. “We are betting on the internationalization of our talent,” she says. The official highlights José María Cabral and Iván Herrera, who directed the audiovisuals “Carajita” and “Bantú Mama”, respectively, are being awarded in festivals and bought by multinational streaming companies. In view of the gradual growth of the sector, he recognizes that human resources must be trained more.

“We are growing in terms of infrastructure, which includes small studios that serve the industry, forming an ecosystem of services that were previously imported, but we have to continue with the education and practice of Dominican technical personnel,” he says.