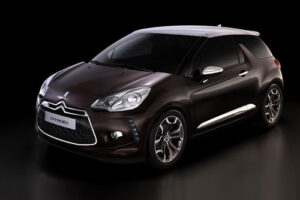 With the Citroën DS Inside concept car Citroen is launching a new line of products to broaden its current range. The new line will consist of three new cars, positioned in the small, medium and large car segments, launched successively from 2010.

The Citroën DS Inside concept car and vehicle line are characterised by forthright choices on styling, on road performance and use. These are accessible objects of desire, cars that stand apart by their creativity, intelligent design and build quality, embodying the very best of Citroen. The new product line will perfectly illustrate Citroen’s new spirit of « Créative Technologie » .

The new line will also have a new naming system. Like the main range vehicles, which carry the letter C and a number, and, like the MPVs, which sport the Picasso signature, the new models will feature a special name: the DS line.

DS stood and continues to stand for a new approach to automobiles and the future. Citroen is taking inspiration from its design DNA to strengthen the positioning of its new product line. The range instills the different spirit, that the name DS inspires. Hence the distinctive model line up will be called DS3, DS4 and DS5. DS: Different Spirit.he new DS Inside car will be shown at the 2009 Geneva motor show and represents the start of a major rebranding at Citroen, with new model ranges, new design and new customer relations.

The iconic DS badge is being revived for a range of luxurious, ’near-premium’ models to sell alongside the regular C-badged hatchbacks, saloons and MPV/utility Citroens. Three models will be launched initially in the DS line: the DS3, DS4 and DS5.

While the seminal 1950s DS was a play on the French for déesse, or goddess, the new DS badge stands for Different Spirit, Citroen says. We’ll see the first production cars – the DS3 – in the first half of 2010. The other two DS cars will arrive in 2011. 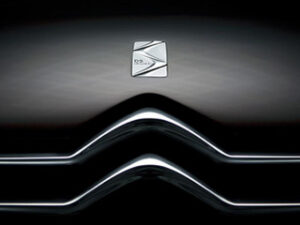 There’s a reasonably straightforward branding logic at play here. The DS3 will be a cut above the regular C3 supermini, replete with high spec levels and minor changes to bodywork to justify the DS badge. Precisely how different the production versions look will be critical – many punters have long memories for wonkily executed badge engineering exercises in the past. Let’s hope that DS doesn’t merely take over where Exclusive trim left off…

The DS Inside: the concept car

Logically enough, the new DS Inside concept is based around the first DS model, the 2010 DS3. And – surprise, surprise – it’s based on the next-gen C3 hatchback, the next major model line to be replaced by Citroen at this autumn’s Frankfurt motor show. So look closely at those headlamps, that newly redrawn Citroen badge incorporated cleverly into the new grille. These will feature on all future models.

The chevrons have been softened off; they’re more like the contours of a hill than pin-sharp arrows. Black polo-necked types from the Landor branding agency claim the new logo is the first visible sign of change at Citroen. ’The chevrons have broken free from their frame and become three-dimensional, gaining in strength and body, ’ they say. ’Yes, they’re a bit different, aren’t they – how much did you charge ?’ we reply !

But the body language on the DS Inside is demonstrably different – design overlord Jean-Pierre Ploué vows this car ushers in a new era of Citroen style. And as this brand is producing by far the most interesting French cars right now, we’d say that can only be an exciting thing. And there will be six new models in the next three years…

What else is new with this rebranding ?

The announcement runs to pages and pages of nitty-gritty, but essentially all you need to know is that Citroën is rebranding everything: its cars, showrooms, even its websites will change from tomorrow morning. Hell, there’s even an uber precise checklist that all salesmen must now adhere to. In fact, if you enter a Citroen showroom and aren’t greeted within three minutes, you could probably sue.
We’ll be adding more to this story as we unravel events announced at the media photocall in Paris tonight. The event marks Citroen’s 90th anniversary and founder André Citroen’s birthday.

Reports surfaced earlier this week that Citroen was planning a new line of near-luxury cars with the iconic DS nameplate. Late yesterday the company released a bunch of photos of the Citroen DS Inside concept, which will be in its booth at the 2009 Geneva Auto Show. The DS Inside is about the size of a Mini Cooper Clubman and it’s a prologue to the Citroen DS3 production car. Larger DS4 and DS5 models will follow.

We’ve gathered the photos of the Citroen DS Inside here and there’s no denying it looks cool, provided you like the recent crop of short, squat hatchbacks (anything from the Mini family, Fiat 500, Kia Soul) and provided you like cars that look French. We’re not sure about the contrasting roof, though, as it makes Citroen’s cribbing from the Mini Cooper look a bit too obvious.