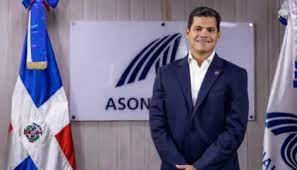 enthusiasm of the Dominican tourism sector to participate in the International Tourism Fair FITUR 2023, to be held from January 18 to 22 in Madrid, Spain.

Interviewed by Moisés González Peña, the president of the Dominican Republic’s leading tourism industry organization, David Llibre, said that the country will arrive at FITUR 2023 after having an outstanding year in terms of tourism, surpassing for the first time the 7 million tourist arrivals and receiving a gold medal for having been recognized by the World Tourism Organization as the number one country in the world in terms of tourism recovery.

Llibre stated that the enthusiasm in the Dominican Republic for the International Tourism Fair (FITUR) is clear evidence that Dominicans have embraced tourism as a country brand.

“This year we will have a very important participation with a delegation that so far is the largest and that will allow us to expand the promotion of the Dominican tourism product and increase the flow of tourists to consolidate the economic recovery of the sector.”

The president of Asonahores said that FITUR will make it possible to continue showing the world that the Dominican Republic is an attractive, safe destination that has it all.

In this regard, David Llibre described the Ministry of Tourism’s decision to choose Miches for the main presentation of the Dominican Republic at the International Tourism Fair as a wise decision.

He said that Miches is a paradisiacal destination with spectacular beaches, since several projects are being developed and the interest to invest there is increasing.

With its emerald green waters bathing beaches of extraordinary beauty, its magical mountains and the multiple options it offers to those who love ecological and adventure tourism, Miches will become the great protagonist of the Dominican offer at the International Tourism Fair (FITUR) 2023, which will take place in Madrid, Spain, from the 18th to the 22nd of this month.

The International Tourism Trade Fair (FITUR 2023), which will be attended by a large delegation from the Dominican Republic’s tourism sector, is oriented along three axes: sustainability, specialization, innovation and cutting-edge trends.

FITUR’s content revolves around these axes, in line with the fair’s objective of contributing to the revitalization and growth of tourism. The event, which opened on January 18 and runs through January 22, is attended by hundreds of delegations from around the world to showcase their destinations.

Business centers operate there to enable the private sector to present its offerings. Executives of important banks of the Dominican Republic, among them Banco de Reservas, Banco Popular and Banco BHD, have traveled to this Spanish capital to present their investment plans.

The Minister of Tourism, David Collado will head the Dominican delegation and before his arrival he announced the presence of six sponsors and 45 exhibitors.

David Llibre congratulated the Tourism Cabinet chaired by President Luis Abiander and coordinated by the Minister of Tourism, David Collado for the recovery of tourism and for the numbers achieved in 2022.

This week the results of Dominican tourism in 2022 were presented, where record figures never seen before were reached. Together with the President of the Republic, Luis Abinader, David Collado, Minister of Tourism announced that for the first time in history the country surpassed 7 million tourists in one year, reaching a total of 7,165,387 from January to December 2022.