From September 26 to 30 in Washington and New York. It is a mission that serves to strengthen economic and cultural ties between the two countries.

he American Chamber of Commerce of the Dominican Republic (AMCHAMDR) held a meeting this Wednesday with the media to inform them of the celebration of its thirtieth (30th) anniversary, agenda and other details about Dominican Week in the United States.

The president of the Chamber and Dominican Week, Roberto Herrera, recalled that the event, which will take place in the cities of Washington, D.C. and New York from September 26 to 30, is a mission that serves to strengthen economic and cultural ties between the United States and the Dominican Republic. 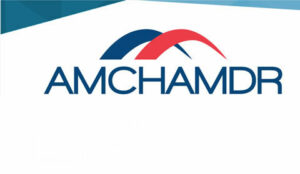 “The objective is to manage an ideal business environment through contact with government institutions, international organizations, diplomatic corps and Dominicans in the diaspora,” added Herrera.

The 30th anniversary of Dominican Week will focus on positioning the Dominican Republic as a platform for tourism, health, relations with the Biden administration, renewable energies, and logistics and nearshoring hub.

For 30 years, a delegation made up of entrepreneurs, academics and government authorities travel to the United States to participate in meetings that bring together diplomats, U.S. government officials, business executives, the Dominican diaspora and other counterparts linked to the Dominican Republic.

The purpose is to share ideas, projects and proposals to promote the growth of bilateral relations between the two countries.

The trajectory of Semana Dominicana has led its delegation to be present in some of the most important milestones in the commercial history of the Dominican Republic, among which is the DR-CAFTA agreement.

After the thirtieth edition of the meeting, the next editions of Semana Dominicana are expected to focus on digital transformation, zero bureaucracy, the consolidation of the regional logistics hub and nearshoring.