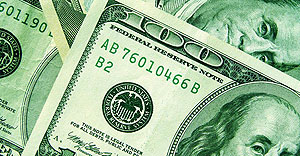 The Central Bank of the Dominican Republic reported yesterday that beginning today it would participate in the money market in an active manner, given its high levels of foreign currency, and the increase in the exchange rates over the past few days.

In a press communiqué, the Central Bank said that it took the decision considering that in the last few days an unusual increase in the exchange rate has been observed, which, while it might be associated with the seasonal elements of a transitory reduction in the offer of dollars in the market during the first quarter of the year, does not respond to monetary reasons.
The Central Bank informed the commercial banks that the situation would be closely monitored to prevent unwanted movements in the exchange rate that could affect the development of the economy.

The increases registered during the first days of 2012 in the price of a dollar and the interest rates. Since the beginning of this month of January, the cost of a dollar has gone over RD $ 39.00.

The Central Bank said that in a meeting held on Wednesday with executives of the commercial banks, they were told of the decision by the Monetary Authorities to participate actively in the currency market in order to avoid that the behavior of the exchange rate could affect the stability of prices.
The state banking institution indicated that it has been able to prove that some companies in the free zones closed during the first week of the year due to the Christmas holidays, which caused a temporary lesser flow of hard currencies, and that other generators of dollars in the market, including tourism, will come out in the coming weeks to sell their dollar holdings.

The communiqué added that the commercial banks were told that this situation will be monitored in order to avoid undesirable movements in the exchange rate that could have an effect on the good performance of the economy, while at the same time avoid negative expectation regarding the future behavior of the currencies.