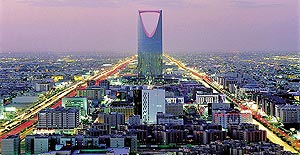 To strengthen relations and expand cooperation.

Dominican Republic and the Kingdom of Saudi Arabia formalized of diplomatic relations Wednesday, in a ceremony hosted by the latter’s delegation in the United Nations.

Dominican Foreign minister Carlos Morales and Saudi Ambassador to the United Nation Abdallah Al-Mouallimi signed the protocol, in which both countries expressed willingness to strengthen relations and expand cooperation, while supporting peace and security.
The two governments would soon appoint their respective ambassadors to the other country.

Saudi Arabia, the world’s biggest oil exporter, has permanent observer status at the Organization of American States, of which the Dominican Republic is a member.