Attributes macroeconomic stability to the contribution of tourism

The full recovery of tourism and the income generated by the sector in these two years of President Luis Abinader’s administration have been fundamental in maintaining macroeconomic stability in the country.

This was announced by the Minister of Tourism, David Collado, after announcing on Monday that the Dominican Republic will host the Caribbean Hotel Investment and Operations Summit (known by its acronym in English as CHICOS), to be held in November.

The announcement was made at a ceremony headed by Minister Collado and attended by the president and director of the event’s organizing firm (HVS), Parris Jordan and Nicole Roantree, respectively, along with representatives of ASONAHORES, ProDominicana, and members of the Dominican Republic’s tourism and financial sector.

The CHICOS Summit, to be held November 9-11 at the Hilton Hotel in La Romana, is an event that will bring together government participants, investors, 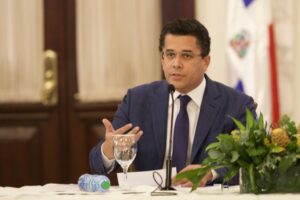 operators, suppliers and other members of the tourism value chain to participate in panels, business and investment rounds and other activities to support the growth of the sector and deepen commercial ties among its participants.

Among the participants are the world’s largest hotel chains, along with investment funds and other agents of the international tourism sector.

The presence of this important tourism investment fair in the Dominican Republic reflects the country’s leadership in attracting foreign capital.

It is recalled that the United Nations Conference on Trade and Development (UNCTAD) recognized in its World Investment Report 2022, published on June 9, 2022, that the Dominican Republic was the leading country in the recovery of foreign capital.

Dominican Republic was the leading country in the recovery of foreign investment in the Caribbean during 2021.

“These figures reflect the consolidation of the sector as a strategic pillar for macroeconomic stability and economic growth,” said Minister Collado.

The official highlighted the importance of the CHICOS summit at a time when the recovery of Dominican tourism is total and is projected to reach record figures by the end of the year.

“If everything continues as it is going, by the close of this 2022, the Dominican Republic will receive for the first time more than 7.3 million tourists, a true record,” said Minister Collado.

He expressed that the Dominican Republic is at its best moment for investment in the tourism sector.