It should allow some Haitians to regularize their situation 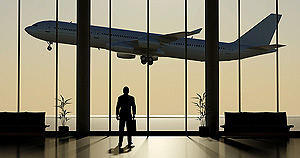 After seven years of waiting and two postponements, President Leonel Fernández signed the regulations for the application of Law 285-04 which regulates the entrance, exit and stay of foreigners in the country.

With the regulations for the application of the Migration Law 285-04 going into effect, foreign workers contracted by local businessmen, will be provided with an ID card that will have the signature and fingerprints and which will be supplied by the Directorate General of Migration (DGM).

Article 73 of the regulations establishes that the Directorate General of Migration will indicate those points of entry for the temporary workers, while Article 74 gives autonomy to the Ministry of Public Health to establish the pertinent sanitary controls to the workers admitted, previous to their transfer to their work place.

The regulations say that the employer responsible for the workers should transport them from the control point to the work place. The same condition applies for their repatriation.

For decades, the Haitians have immigrated to the Dominican Republic in search of jobs. At first they were contracted to work in the sugar mills, but as a result of the fall in sugar related jobs, they have been employed in other areas.

So this is a great step forward that has been taken, which has taken time, but we managed to do it, said the President.

The document will create in addition, the National Migration School, which will be charged with the training and preparation of the inspectors. Once they have finished their training, the inspectors will have the rank of Immigration officer.