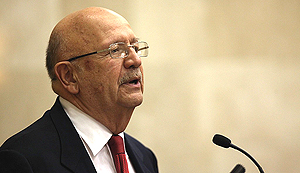 In a statement from the Foreign Ministry, the diplomats said the Center in the Dominican Republic will provide a platform to the region’s countries to improve their military and civil defense’s effectiveness in dealing with natural disasters.

Qatar’s ambassador stressed his country’s interest in expanding its investments in the Dominican Republic, especially in tourism, natural energy and natural gas.

Qatar has become the world’s top exporter of natural gas and is one of the Arab world’s most influential nations.