Customs reported that of total imports, 44.84% corresponds to consumer goods.

More purchases are made through DR-Cafta.

According to the Directorate General of Customs (DGA), total imports for the period January-September 2022, amounted to US$23,386.23 million, presenting an increase of 34.78 %, in relation to the same period of the year 2021.

81.91 % of the total imports entered the country under the regime of clearance for consumption.

Among the consumer goods, the segment of other goods stands out with a participation of 13.95 % after reaching 3,261.67 million dollars in total imports. Followed by white petroleum products (fuels) with 2,805.43 million dollars, for 12.00 %. There are also processed or semi-processed food products (including refined vegetable oils). This destination reached 1,461.07, for a participation of 6.25%. Among other products. 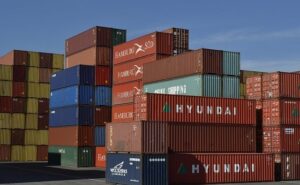 The most imported products through free trade agreements are vehicles, meats, cheeses, ceramics, water, including mineral and carbonated water, beverages, alcoholic liquids, among others.

According to the General Directorate of Customs, the most imported item under the DR-Cafta agreement was passenger cars and other automobiles, 20.75%. For the Economic Partnership Agreement (EPA), ceramic plates and tiles reached 10.90%.

Finally, the Partial Scope Agreement with Panama with products such as undenatured ethyl alcohol with an alcoholic strength 80% with 95.33%.

Customs documents indicate that during the months of January-September 2022, imports entering the country under the trade agreements amounted to US$2,373.76 million, showing a growth of 10.76 % in relation to the same period 2021. Customs explains that in the DR-Cafta, the country with the highest participation is the United States with 59.72 % of total imports.