The expansion of natural gas has been discussed in the Dominican Republic for nearly 15 years. In 2007, the government of then President Leonel Fernández tried for several years to have public transportation, headed by the Metropolitan Office of Bus Services (OMSA), use this fuel.

Yesterday, the vice minister of Internal Commerce of the Ministry of Industry, Commerce and Mipymes (MICM), Ramon Perez Fermin, said that this institution is in a process of relaunching and expanding natural gas in the country.

“The relaunching of natural gas for us is an issue that we have been developing for two years,” he said.

He noted that, as there has been a crisis with the rise in the price of natural gas at the international level, added to the war conflict between Russia and Ukraine, that fuel has had a double affection.

“All of this will eventually take its normal pace, and that is why we continue without pause to deploy all our natural gas and non-natural gas projects,” he said.

He said there is nothing different from what they have been developing for the past two years.

“Natural gas is a less polluting fuel. We have bet on the relaunching”, indicated the official after the MICM head expressed this week that the entity will be facilitating the channels for the installation of natural gas in all fuel stations in the Dominican Republic.

“We continue working on our agenda to increase the presence of natural gas in the country, because historically it is a fuel with very competitive prices,” he said.

He said that in the Dominican Republic there are more than 25 stations that dispense natural gas to the public.

He clarified that the investment to install a natural gas station is much higher than that of traditional fuels because the equipment has much higher safety precepts. 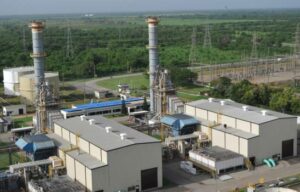 Based on this program, explained Fernandez, they will proceed, in principle, to the change of use of natural gas for 80 OMSA buses which at that time were using diesel.

In addition, 2,000 concho vehicles which were using liquefied petroleum gas (LPG) and another 400 units of the Police and the National Army were proposed to be converted to natural gas.

“It is a generalized criterion among technicians and specialists that in time natural gas vehicles will be the preferred fuel in the area of transportation, due to the fact that it is the cheapest, even cheaper than LPG, and the one that pollutes the environment the least”, said Fernandez at that time.

In 2007, a barrel of oil was quoted in international markets at US$96, an “unprecedented” increase.

Reactions from opponents
In spite of the plans that the Fernández government had with the expansion of natural gas, in 2011 the government was confronted by a group of businessmen of the sector, who were against it.

According to a publication of Diario Libre, the former president of the National Association of Gasoline Retailers, Ignacio Espaillat, expressed to President Fernandez that natural gas was not profitable due to the cost of the initial investment, which was around 32 million pesos.

This opinion was supported, in part, by Arturo Santana, of Propagas.

For these positions, Fernandez, at once, said he felt “astonished” because up to that moment no businessman had made such a criticism.

He assured that this alternative fuel is the only one that allows mitigating the impact of the volatility of international fuel prices and that the government was interested in providing facilities with the banking system.