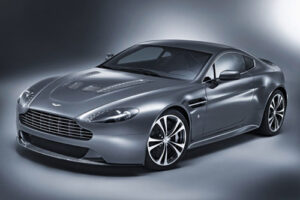 Aston Martin have put the V12 engine from their DB9 into the normally V8 powered Vantage to create the Aston Martin V12 Vantage. The V12 Vantage engine outputs five hundred and ten horsepower giving it a top speed of three hundred and five kilometers an hour. The exterior features several extra vents required for cooling the immense engine as well as carbon fiber accents which make the car as a light weight as possible. Aston Martin are limiting production of the V12 Vantage to only one thousand cars.

The latest incarnation of the Vantage family has been designed to provide a unique character, appealing to different driver tastes and complementing the other models in the current Aston Martin line-up.

The original V12 Vantage concept was unveiled to guests at the opening of the Aston Martin Design Studio in December 2007. Continuing the marque’s impressive record of bringing concepts through to production, Aston Martin engineers have brought the V12 Vantage to market in an incredible 12 months. 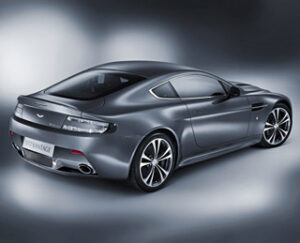 Aston Martin Chief Executive Officer, Dr Ulrich Bez said: “This is the ultimate performance interpretation of the Vantage range, combining our most agile model with our most powerful engine. 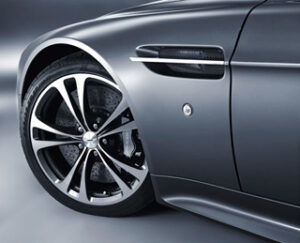 “The V12 Vantage has a unique character, one 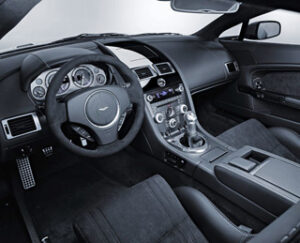 unlike our other cars. This will appeal to different people with different tastes, allowing more people to enjoy the Aston Martin experience.

“This also illustrates one of Aston Martin’s key strengths – the ability to act quickly and turn concepts and ideas into reality.”

Designed for the focused driver, every component of the V12 Vantage has been honed with pure driving enjoyment in mind. Benefitting from race-developed materials and components, and featuring lightweight carbon fibre; performance and agility have been tuned to perfection. 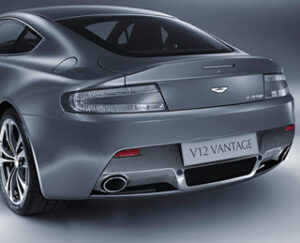 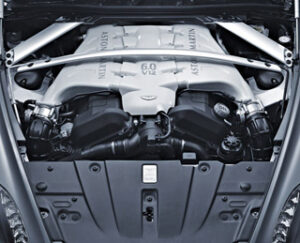 on longer journeys. High levels of power and torque are available at all engine speeds making the V12 Vantage responsive and tractable in any driving situation.

The V12 Vantage will be built at Aston Martin’s global headquarters in Gaydon, Warwickshire joining the DBS, DB9 and V8 Vantage model lines which are built in the state-of-the-art production facility combining hi-tech manufacturing processes with traditional hand-craftsmanship. Production will be limited up to 1,000 examples over the life span of the car, making the V12 Vantage a truly exclusive driver’s car. 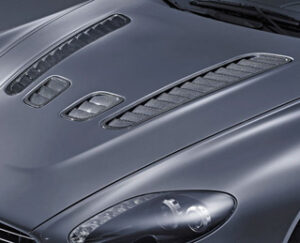 Deliveries of the V12 Vantage are expected to commence during quarter three 2009 with prices to be confirmed at the Geneva motor show.