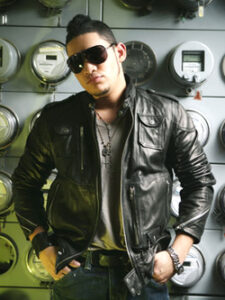 With the participation of more than 40 artists on five different podiums, will take place the third free edition of the Santo Domingo Festival, on Sunday December 6th, on the Malecón of Santo Domingo. 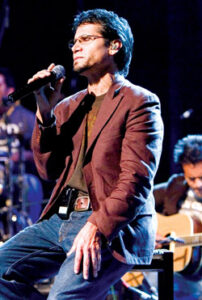 The production team is working hard for the presentation of the Christian composer and singer Jesús Adrián Romero on Friday December 11th, in the Olympic Stadium of Santo Domingo.

Frank Báez explained that Jesús Adrian will sing in live with 16 musicians from the Symphonic orchestra, and will be accompanied by his wife Pecos and by Abel Zabala.

The doors of the Olympic Stadium will be open from 04.00pm. 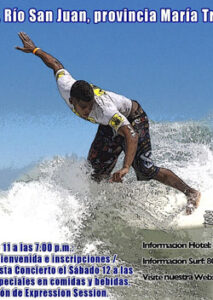 The Province María Trinidad Sánchez welcomes soon the Playa Grande Surfing Championship 2009 which is the first of the season 2010 National Surf Circuit, which will take place on the Playa Grande Rio San Juan from 11 to 13 December from 8:30am until 4:30pm.

With this event, the Dominican Federation of Surf (FEDOSURF) seeks to support the promotion of qualities possessed by the community of Río San Juan in sports tourism.

More than fifty surfers from all over the country will participate in the championship, in different terms and categories.

The championship will be starting at the Café Paris in Rio San Juan, with a welcome concert to all athletes and fans of surf, Friday 11th, 7 pm. 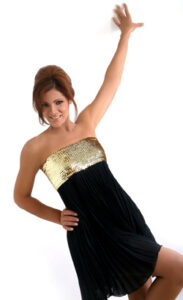 The humorist and actress Lumy Lizardo, who worked in Lumy-Narias, that won the Casandra 2008 prize as Best show of the year comes back on the Dominican podiums with her new show Lumy-Nosas.

She imagined, wrote, produced and directed Lumy-Nosas, a show which benefits will go the the Cruz Jiminian association.

The actress said she was born for great show and that she loved direct contact with her audience. 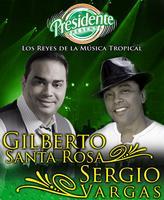 On Saturday December 19th, the Gran Arena del Cibao in Santiago will dance with the best tropical sound, thanks to the presence for the first time of two Dominican music stars: Gilberto Santa Rosa and Sergio Vargas, starting at 08.00pm. 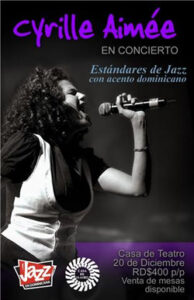 Cyrille Aimée will have a Jazz concert in Casa de Teatro (Theatre House) next Sunday, the 20th December !

Don’t you dare miss that !

Cyrille is the unique Dominican who has earned the first prize herself in the international contest of Montreux ! (Juror Al Jarreau) Her motto is:

The music turns the world to a better place ! 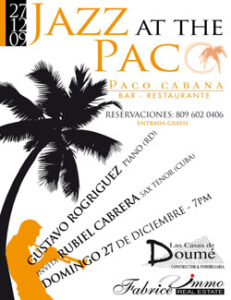 Come to enjoy culture and pleasure during an exceptional night. 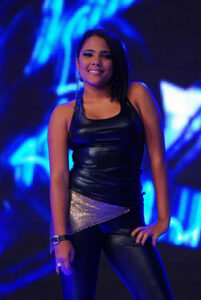 Accompanied by a band full of genius’, Heredia will sing first on Friday, December 18th in her natal city, Santiago de los Caballeros, in a stage that will be raised opposite to the Monument to the Heroes of the Restoration.

Next Sunday, the 20th, thanks to Presidente beer, Martha will have her first live presentation for the Dominican Republic to sing to the fans who supported her at all time during the latest months. Its a concert in the Sports’ Palace under the production of CSJR, César Suarez Jr.

The historical event will be celebrated next Sunday, December the 20th in the Sports’ Palace as part of the musical platform President Presents. 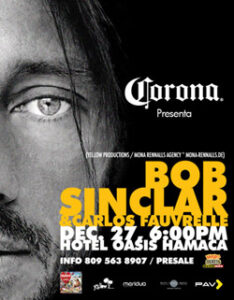 Corona Beer and PAV Entertainment brings one of the most acclaimed representatives of electronic music in the planet, Bob Sinclair, to Dominican Republic, in a great event that the brand presents for their consumers.

The party will be next December 27th in Oasis Hamaca Hotel. It’s a great party on beach where the brand celebrates Christmas and New Year’s in which consumers and electronic music lovers will enjoy an unforgettable night.