Yurisan Cordero, vice president and executive producer of UNIVISION’s Primer Impacto in Miami, known as “Yuri” among her family and friends, arrived in the Dominican Republic to present her book “La Virtud del Proceso” (The Virtue of the Process).

In the book she narrates her experience after a cancer diagnosis that transformed her life, but did not take away her professional and personal impetus to continue forward and motivate others who are going through this health experience.

Yuri reveals how a breast cancer diagnosis made her hit rock bottom and how it transformed her life, when she thought the worst had already happened to her.

The book will be officially released at Cuesta Centro del Libro, this Friday, July 29 at 5:30 p.m., in a meeting for which those interested must register and comply with COVID restrictions.

Cordero is Vice President and Executive Producer of Primer Impacto, on Univision, and has been nominated four times for an EMMY award. 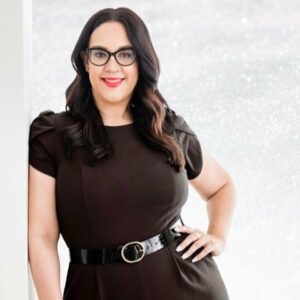 In “The Virtue of the Process”, the author bares her soul and reveals for the first time the experiences of her healing process.

“Yuri”, takes the reader by the hand to discover that January 28, 2014 when the doctor confirmed she was suffering from Breast Cancer, and despite being a determined woman in life who thought she had overcome her mother’s mental illness and two separations, she had never felt she lost hope, until that day she received the news of her illness just thinking if one day she would miss her three children, being the head of her household.

Likewise, Yuri shares key and specific teachings that will make you value your own process.

According to Yuri, this experience marked a before and after in her life. It was when Yuri promised herself that, as a breast cancer survivor, she would take the message to the world of the great virtue of living the process in acceptance, whatever it may be, as long as it transforms us for the better and leads us to a quantum leap in our lives.”

In 1998 she joined Primer Impacto. Her career at Univision began on the assignment desk and she quickly became in charge of coverage of major breaking news and special events for the news department in the United States, Mexico, Puerto Rico, Dominican Republic and London.

She has been a field producer in charge of live broadcasts for the news and entertainment teams at Premio Lo Nuestro, Premio Juventud and Latin Grammy. In 2013, she was part of the inaugural class of the Univision Women’s Leadership Council,

She earned certificate degrees in Leadership from Smith College For Women, Nova Southeastern University and The Alchemy Leaders. As a breast cancer survivor, she is an advocate for early detection and an advisory board member of the National Breast Cancer Foundation.

She is a board member of NAMI, National Alliance on Mental Illness, and an advisory board member of HAAPE, Helping Autistic Adults Succeed and Excel. A Christian since 2012. She is well loved and appreciated among her journalistic class in Miami, as well as in the Dominican Republic and Puerto Rico, her two countries.