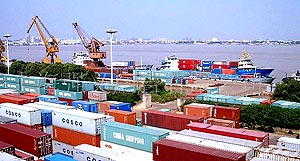 It represents an increase of 22%.

The Dominican Republic exported US$8.5 billion in goods and services last year, and for this year the projection is to reach US$10.2 billion for the first time in the history of the country, which represents an increase of 22%.

This was what Eddy Martinez said as he explained the reach of greater exports from the country of scrap metals, in relation to a flagship export such as coffee. Coffee has a huge demand at this time in Asiatic countries.
He said that the projections do not include the export of services, tourism, telecommunications and professionals. He added that of the US$8.5 billion total exports last year, US$173 million was scrap metal which represented 2% of the total.

He explained that in the country there is a large perception that the country should be a great exporter of coffee, especially when there exists in the world a change in the consumption of tea for coffee. This means that the Dominican Republic should export between US$200 million and US$300 million and not the US$17 million as is happening now.

He also explained, nevertheless, that the country is exporting many more other products such as rum and cigars. In cigars, some US$300 million is exported each year, which is much more than is exported in scrap metal.
Martinez said that he advocates, the same as in the Congress, that there should be a bigger regulation and control regarding the export of scrap metals and they should penalize those who violate the laws of the country with up to 20 years in jail.