Judging by the numbers, the Dominican tourism sector has become the key piece that keeps the engine of the Dominican economy running after two years of a Government that has had to weather the effects of the confinement measures in the face of the COVID-19 pandemic and, in the last few months, the hilly inflationary scenario aggravated by the armed conflict between Russia and Ukraine.

Just a week ago, the ratified Governor of the Central Bank of the Dominican Republic, Héctor Valdez Albizu, highlighted that the activity of hotels, bars and restaurants has made the greatest contribution to the growth of the Dominican economy during the current year.

In this sense, he pointed out that tourism contributed 1.8 percentage points to the average expansion of 5.6 percent registered by the economy in the period January-June 2022, that is, one third of the growth experienced in the semester, with an increase in its real added value of 34.3 %.

He added that this favorable trend was again reflected in the arrival of non-resident passengers received in July 2022, reaching the figure of 735,064 tourists, breaking records by being “the best July ever”, according to data announced by Tourism Minister David Collado.

In a press document, the Governor highlighted the “positive effect” that the policies implemented by the government to boost the sector have had.

Generation of foreign exchange
In terms of tourism revenues, according to the Central Bank, US$4,121.5 million entered the country in January-June 2022, surpassing the amount of US$4,082.9 million received in the same period of 2019, prior to the pandemic, as a reflection of the total recovery that the sector has registered.

Valdez anticipated that, if the recent trend continues until the end of this year, the “unprecedented” figure of 8,400 million dollars would be reached for this concept.

He specified that foreign exchange income from tourism, together with the inflow of remittances, contribute to maintain a sustainable balance in the current account of the balance of payments and to the maintenance of exchange stability, “an important element to generate certainty in the economic agents”.

He said that 31% of Foreign Direct Investment (FDI) in 2021, that is, some 960 million dollars, was destined mainly to the expansion and remodeling of tourism infrastructure, expecting a value of close to 1 billion dollars for this concept in this sector at the close of 2022. 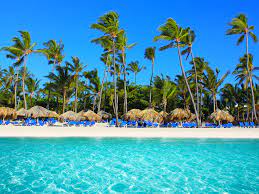 Although everything seems to be going well for the tourism sector, a sector that the Government of Luis Abinader prioritized in its support during the most difficult stage of the pandemic and whose recovery was recognized last May by the World Tourism Organization (WTO), the figures of formal jobs have had their setback.

In its last two consolidated statistics, the Ministry of Tourism (Mitur) reported that in May the Dominican tourism sector reached 175,604 formal jobs, however, in June it dropped to 173,345, meaning 2,259 less jobs.

98,389 tourists arrived to the Dominican Republic through cruise ships during the month of July.

The reason is possibly due to the fact that some companies could not keep operating after the COVID-19 pandemic, commented to members of the press, Jacqueline Mora, technical vice-minister of Mitur. “Many businesses were not able to keep going because of the pandemic,” so employment figures vary, she said. But she is confident that they will recover with the new hotel projects that are being built.

The Minister of Tourism, David Collado, presented last August 1 the July data in which a decrease in the number of companies operating with respect to the same month of 2021 is visualized, going from 6,873 companies last year to 6,381 this year, for 492 fewer companies.

“Tourism in every corner”

In view of the good results, and two years into its administration, the Abinader government wants to maintain the momentum of this sector.

Last August 3, and after the Minister of Tourism exposed the record of tourist visits in July, the program “Tourism in every corner” was launched, a platform which, according to the Government, seeks to promote and support tourism in the Dominican Republic. It intends to publicize some domestic products and development of the communities.

Through the program, a multichannel communication campaign will be carried out with the intention of motivating Dominicans to get to know their country better, enjoy its culture, landscapes and the people that make it up.

During the presentation of a recognition by the Association of Hotels and Tourism of the Dominican Republic (Asonahores) to the Tourism Cabinet last week, President Luis Abinader predicted the continuation of good times for Dominican tourism, due to the projects being executed under public-private alliances: the remodeling of the Colonial City, in Santo Domingo; the consolidation of Punta Cana, the relaunching of Puerto Plata and the Cabo Rojo project, in Pedernales.