The four main sources of foreign exchange earnings for the Dominican Republic, which are tourism, remittances, exports and foreign direct investment (FDI), have shown positive performance, despite the turbulent international conditions.

Remittances reached US$4,861.1 million for the January-June period. And although they suffered a decrease of 7.6 % year-on-year (from June 2021 to June 2022), when looked at and compared to 2019 (pre-pandemic year and without conflict between Russia and Ukraine) then they exceed that year’s amount by 40.6 %.

If the Central Bank’s forecasts are fulfilled, the country would reach the figure of US$10,000 million for this concept by the end of 2022. In particular, US$803.8 million in remittances were received in June, which exceeds the monthly average of around US$500 million received in the years prior to the pandemic. 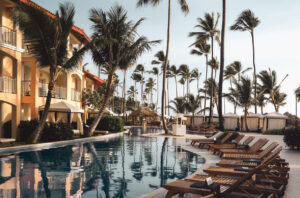 Regarding tourism, in the first half of 2022, revenues registered US$4,121.5 million, an interannual increase of 92.5 %, which is a clear indicator of the recovery that the sector is currently experiencing, which would bring in some US$8.4 billion this year. Total exports of goods in the first half of 2022 grew 16.5 % over the same period in 2021. This represents an increase of US$991.4 million.

Domestic exports, in turn, recorded an increase of 18.9 %, mainly in the industrial sector, with a variation of 54.1 %.

Within the mining sector, ferronickel exports increased by US$86.4 million (46.9 %).

Foreign direct investment, according to preliminary figures, reached US$1,870.9 million between January and June 2022, for an expansion of 8 % with respect to the same period of 2021, and is estimated to reach US$3,500 million by the end of the year.

An expansion of foreign investments is equivalent to saying that the owners of these capitals have confidence in the country’s economic and political stability and climate of social peace.

The positive evolution of foreign exchange generating activities favored the relative stability of the exchange rate, reflected in a 4.8% appreciation of the local currency at the end of June.

In addition, international reserves strengthened to around US$14.45 billion, equivalent to nearly 13.3 % of the Gross Domestic Product (GDP).

As for the consolidated financial system, according to data from the Superintendency of Banks at the end of June 2022, the annualized return on equity (ROE) stood at 21.9%, while the return on assets was 2.5%.

Meanwhile, the liquidity ratio was 22.9% and the delinquency rate of the loan portfolio was 1.0%, which shows that the financial system remains stable with adequate levels of solvency, liquidity and profitability, as well as a low level of risk in its loan portfolio.