During its participation in the fair, the company will report news on the development of the W All-Inclusive Punta Cana in Uvero Alto, reaffirming its commitment to Dominican tourism development.

Grupo Puntacana and its brand, Puntacana Resort & Club, will be present at the forty-third edition of the International Tourism Trade Fair (FITUR 2023), to be held from January 18 to 22 in Madrid, Spain, showing its support for the development of tourism in the Dominican Republic.

The company will be present at the Dominican Republic stand at the IFEMA fairgrounds, where its top executives will be attending a broad agenda of meetings and gatherings with investors and visitors, as a way of promoting the country and the Eastern region as tourist destinations; and where the main novelties and achievements obtained by the business group and its different brands during 2022 will be presented. 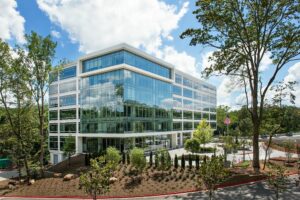 During the International Tourism Trade Fair (FITUR), they will present the news about the development of the W All-Inclusive Punta Cana in Uvero Alto, a project in alliance with MAC Hotels and Marriott International. The hotel will have 349 rooms and will generate some 600 new jobs.

Among its upcoming projects is the inauguration of the expansion of Terminal B of the Punta Cana International Airport (PUJ), which will have the capacity to handle three million passengers, with seven boarding gates and seven air bridges.

It is worth noting that the Punta Cana International Airport recently reached a record 8 million passenger movements, becoming the first airport in the country to reach this figure, evidencing the growth of the Dominican tourism industry.