The Deputy Mayor of Madrid, Begoña Villacís, welcomed those present and congratulated the award 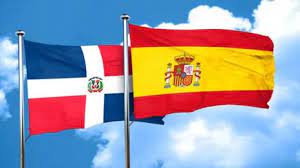 In a ceremony held at the Real Casino de Madrid, the Forum presented these awards to Dominican businessmen Dino Campgana, of Campagna Ricart y Asociados, Julio Llibre, of Coral Hospitality Corp. and Jorge Subero, of ADETI and Cap Cana.

The award was also given to Spaniards Abel Matutes and Eduardo Curras, of Grupo Palladium and Banco Sabadell, respectively.

Campagna is president of Campagna Ricart & Asociados, a real estate development, investment and projects company, and this evening he expressed his gratitude for the Forum’s distinction.

Speaking to EFE, Campagna acknowledged that the award took him “by surprise” because among his award-winning colleagues “there are many gray hairs and many distinguished careers.”

“We are very honored, the awards are the recognition of a trajectory, one understands that one has done well and they are always well received,” he said.

The Dominican shared his desire that trade and business relations between the two countries continue to develop more strongly and celebrated the evolution that these have had in recent decades.

“For example, we are developing a convention center where all the development and technical assistance will be carried out through (the Madrid consortium) IFEMA,” he said.

“Who would have thought in two or three years that these two cities (Santo Domingo and Madrid) would be working together in a sector as important as convention tourism,” he said.

The Dominican Republic’s Ambassador to Spain, Juan Bolívar, told EFE that these awards serve to “strengthen” business relations between the two countries.

Bolívar assured that in Spain “there is a lot of interest in the Dominican Republic” and considered that “relations should have been strengthened a long time ago” since “commercially there is a lot of ground”.

“In historical terms we claim five hundred years of relations, but that has to be grounded,” he said while recalling that the next Ibero-American Summit to be held this semester in his country could serve for a “more concrete strengthening” of relations between Spain and Latin America.

“It is natural, Spain has nHIGo other region in the world as important as Ibero-America,” she said.

The deputy mayor of Madrid, Begoña Villacís, gave words of welcome to those present and congratulated the award winners.

“I want you to feel tremendously welcomed, this city has many events but I have decided to come to this one, we are brothers of Latin American countries and the Dominican Republic has the door of the Madrid City Hall open,” she invited.

The awards were presented by the president of the Spain Dominican Republic Investment Forum, Antonio Garrido Lestache, who also recognized the work of Spanish economist Ramón Tamames with the “special world personality award”.