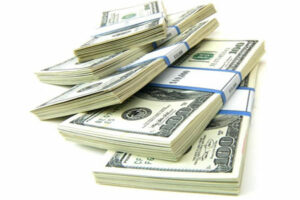 The Interactive Advertising Bureau said its estimates show ad revenues grew 25 percent last year from nearly $17 billion in 2006. In dollar amounts, the estimated gain was $4.2 billion — less than the 35 percent and $4.3 billion growth seen in 2006 over 2005.

Analysts have said the growth rate was bound to slow as the Internet commands a larger share of the advertising pie, taking dollars away from traditional media like newspapers. By most accounts, the Internet still represents less than 10 percent of all U.S. ad spending, meaning there’s room for a lot more growth, even at a slower rate.

The IAB said final data and breakdowns by ad types would be available in May. Typically, the most lucrative are keyword ads such as those displayed alongside search results at Google Inc. and other search engines.

Salto el Limón, a hidden treasure of Samaná that you have to know

Salto el Limón, a hidden treasure of Samaná that you have to know

Cayo Levantado; a paradise nestled in the Bay of Samana